If you want to know the efficiency of a solar cell exactly, it is likely that you will land in Freiburg, Germany sooner or later. For 30 years high-precision reference solar cells – and for almost 25 years reference modules – have been measured at the CalLab PV Cells of Fraunhofer ISE. Researchers, producers and plant operators order calibrated cells to have their own benchmarks. It is comparable to the “model meter“ in Paris: If you have one copy of that standard, you can always check your in-house measurement equipment against it. Since CalLab PV Cells is internationally renowned and certified, any research value published with the certificate of Fraunhofer ISE will automatically be more credible.  CalLab PV Cells was founded in 1986 with three co-workers. Today 30 employees calibrate about 2,500 solar cells and 5,000 solar modules each year.

How do they calibrate solar cells?

CalLab PV Cells first measures the area of the cell with a laser device and its spectral response with a filter monochromator. With that information the solar simulator can be set to standard testing conditions – AM1.5 standard spectrum, 1000 W/m2 irradiance and 25 °C cell temperature. The cell is mounted on a temperature-controlled measurement chuck, vacuum-contacted without shading. A current-voltage characteristic (I-V curve) is measured from which the short circuit current, open circuit voltage, fill factor and efficiency are extracted. About 90% of the calibration requests come from industry. Typically a manufacturer sends five selected specimens from his production line for calibration. He makes 100 copies from these reference samples for monitoring his production line of about 3,600 cells per hour. After one year, he will have the calibration checked again.

The long line to a primary standard

Precision as a Passion

The physicist Dr. Jochen Hohl-Ebinger, Head of Team CalLab PV Cells, speaks of his passion: ”We want to calibrate every device which yields a current when irradiated by the sun“. He and his colleagues from the other calibration laboratories have to keep pace with developments in technology. A whole zoo of cell devices has passed through his hands – with gloves of course: Silicon, III-V, II-VI, multi-junction, various thin film technologies as well as organic, dye, concentrator solar cells. The cell dimensions range from one square millimeter to 6 inch cells and even small concentrator modules. Despite the varying cell technologies and sizes, he and his colleagues have been able to find a fitting technological solution for the measurement of each type.  Quality assurance is also key. Some months ago Jochen Hohl-Ebinger and his boss Dr. Wilhelm Warta, Department Head Characterization and Simulation  went to an competitive internationally renowned calibration lab because significant – i.e. 0.5 % – measurement differences on standard silicon solar cells were apparent. All three researchers discussed every bit of the apparatus and code until they agreed again.

Trust is good, control is better

To get rid of artefacts and errors, the four most renowned calibration laboratories of the world undertake round robin tests on a regular basis to achieve measurement uncertainties between 0.7 and 2%. Besides quality control,  data confidentiality is an important aspect for the lab’s customers. For Fraunhofer ISE itself confidentiality is also crucial, since the institute develops solar cell technology on its own, thus competing in some areas with the CalLab PV Cells customers. Therefore, there is an impenetrable barrier set up between CalLab PV Cells and research technology. Nobody, besides the head of the CalLab PV Cells and some selected staff, knows where the test cells come from and how they perform. This is also true for Jochen’s supervisor, the director of the division Solar Cells – Development and Characterization. First in the conference talk of a competitor did his supervisor learn that his own world record efficiency had been surpassed by the competitor who claimed “verified by Fraunhofer ISE“. That was true. CalLab PV Cells had confirmed the world record.

No two types are the same

Nearly every test specimen has its own catch. Take back contacted solar cells. For each contact pattern CalLab PV Cells has to design a new measurement chuck.  Although the massive copper block costs about 15,000 euros, the manufacturer, knowing the return of investment is about two weeks, is willing to pay that within a twinkle of an eye.  In a 250 MW production line, 0.5% better accuracy means 1000 euros per day! What about bifacial solar cells? Finding the best “black“ paint for a measurement chuck to reduce stray back light may require  a whole series of experiments. In short, there is no standard procedure to calibrate standard cells. For each new device, a new procedure with standard quality must be invented. CalLab PV Cells scientists can take advantage of their colleagues with their in-house expertise in  solar cell technologies and measurement techniques. However, while CalLab PV Cells benefits from the technology departments, the technology departments do not benefit from CalLab PV Cells.

Murphy’s law, one of the best known laws, states: ”Anything that can go wrong, will go wrong.” You will need the investigative energy of Sherlock Holmes and the patience of a tight-rope walker to find hidden problems and to follow quality management procedures even when a long line of customers is pressing on you to deliver results. It is a large task to establish a precision measurement setup, yet the real challenge is to maintain the high quality level and ensure reproducibility even when measuring 50 different cells per week. Therefore, every step is documented and certified. There is a maintenance schedule for every digital voltmeter and power supply. Changing a light bulb can trigger a 50 hour process, which includes aging the lamp, adjusting all electrical and optical elements and measuring spectral and homogeneity characteristics anew. Only when the values of designated encapsulated reference cells can be reproduced reliably, will the new lamp be cleared for CalLab PV Cells calibrations.

Dr. Klaus Heidler is a physicist and communication trainer in Freiburg/Breisgau in Germany.

From the institute’s start 1981 until 1997 he was a researcher at Fraunhofer ISE, and in 1986 he founded the calibration laboratory which today is CalLab PV Cells. Later on he switched from research to PR for Fraunhofer ISE and in 1998 he left the institute and started his own company ‘Solar Consulting – PR and training for Renewables’. He still regularly writes articles on solar energy R&D for Fraunhofer ISE. 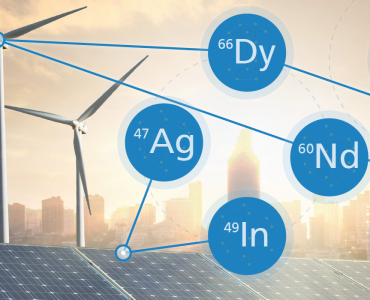 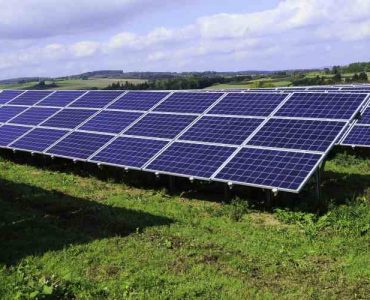