To evaluate the usefulness of hybrid systems, we should first clarify terminology. The simplest configuration of a heating system with a heat pump is called “monovalent”. In this case, all heat is provided exclusively by the heat pump. Although many heat pump systems operate exactly this way, most are equipped with an additional back-up heater. Because the direct-electric backup heater and the heat pump use the same energy source (electricity), such systems are called “monoenergetic”. If, in addition to the heat pump, another heat generating system (for example, a gas or oil boiler) provides the heating energy, the systems are referred to as “bivalent”.

What is a hybrid system?

A hybrid heat pump system is usually understood to be a system in which two energy generators with different energy sources are combined in one unit, or both units at least have a common control unit.

Both, units, which are primarily a heat pump and additionally equipped with a small “peak boiler”, and units consisting of a gas or oil boiler with a high proportion of the total output complemented by a small heat pump, are available in the market.

Why are hybrid systems considered?

One possible reason could be a high heating energy demand of the house and the resulting capacity requirements for the heat pump. If the heat pump is not able to always supply the necessary heat, it must be supported by an additional heat generator. In the case of one- and two-family houses, this case is very unlikely. The results of our monitoring projects in existing buildings show that heat pumps are able to supply the necessary heat even in very cold periods – either on their own or with minor support from the back-up heater (episode 2, episode 5). However, underperformance can be a problem in multifamily buildings. The reason for this is often a limited heat source.

Environmental considerations can be a second reason for hybrid systems. As outdoor temperatures drop, so does heat pump efficiency. Below a certain efficiency level, and with an electricity mix more dominated by fossil fuels, it might be more ecological to heat with the gas boiler, rather than with a heat pump. This issue is described in detail in episode 7 of the series.

And finally, there could be an economic reason: the efficiency of the heat pump, which depends on the outside temperature, is decisive for the current operating costs of the system. The efficiency could be so low that it is worthwhile to temporarily use a gas boiler below a certain outdoor temperature.

Both aspects, ecological considerations and operating costs, depend on further boundary conditions in addition to the efficiency value of the heat pump. In the case of ecology – causing the lowest possible CO2 emissions – it is the emission factors (electricity mix), and in the case of operating costs, the electricity or gas costs obviously play a significant role. The following graph shows at which outdoor temperature a heat pump or a gas boiler is more advantageous from the ecological and from the economic perspective. In the comparison the parameters of today as well as for the year 2025 in Germany are applied.

The basis for the calculation is the distribution of the heating energy quantities regarding the individual temperature degrees as well as an air/water heat pump with an efficiency of 3.7 at the operating point A2/W35. The efficiency assumption is rather conservative. Devices are available on the market that have efficiency values between 3.1 and 4.7 under the same conditions. The heating circuit temperatures were calculated for radiators.

In addition to the “threshold value” below which it is advantageous to heat with a gas boiler, the graph also shows the share of heating that the heat pump can cover overall. For example, in the case of the values from 2019, this threshold value is reached only at -20°C from an ecological point of view. Consequently, the heat pump takes over practically the entire heat supply. Of course, the situation is even more advantageous for heat pumps if the electricity emission factors continue to fall. However, in the ecological comparison with the gas boiler, this is no longer relevant (see also episode 7).

From an economic perspective, the picture is different, at least given today’s electricity and gas prices in Germany (more in episode 8). Below an outside temperature of 2°C, it is still economically advantageous today to heat with the gas boiler. Then the gas boiler takes over 45% and the heat pump 55% of the heat supply. However, if we look at the probable cost development from 2025 onwards, the situation changes. Then the gas price will have increased from 6.5 cents to 8.5 cents, due to the assumed cost per ton of CO2 of 100€.

Electricity costs could fall from 24 cents (average heat pump tariff 2020) to about 20 cents due to a reduction in the EEG levy. Then the limit temperature would be -11°C and the heat pump could provide 99% of the heat. Even if electricity costs were not to fall, the increase in gas prices already provided for by law alone would also lead to a borderline temperature of -5°C and a beneficial heat pump share of 93%.

The comparisons show that even now hybrid systems are not sensible for ecological reasons compared to solitary heat pump operation. At today’s prices, the operating costs still show a certain advantage for the gas boiler, but this will quickly change in favor of a pure heat pump operation.

An interesting as well as economically and ecologically advantageous application of hybrid heat pump systems in existing buildings is being used in the Netherlands. There, under specific boundary conditions, small heat pumps are installed as “add-on” units to the existing gas boiler. These very compact and inexpensive devices use exhaust air from indoor spaces as a heat source (in Holland, most houses are equipped with mechanical ventilation systems) and can thus be installed quickly and with little invasiveness. Boosted by favorable electricity prices, residents can, with little investment, noticeably reduce their operating costs. When making such an investment, it is important to consider whether, taking rising CO2 costs into account, switching to a monoenergetic heat pump right away might not be the more sensible option.

So far, the blog posts in this series have covered almost exclusively detached and semi-detached houses. Although some general considerations are also valid for other building types. In the next episode, we will look at heat pumps in multifamily buildings.

Overview on the range of applications for heat pumps.

Episode 9 of this series: Is it worth waiting for technological developments before switching for a heat pump?

Episode 8 of this series: Isn’t heating with heat pumps too expensive?

This blog post is financially supported by the Climate Neutrality Foundation.

Marek Miara has many years of experience in the field of renewable energies. He has been working at Fraunhofer ISE for 18 years, currently as "Business Developer Heat Pumps". He holds a Master's degree from the Wroclaw University of Technology (2000) and the University of Kassel (2004). In 2014, he received his PhD from the Wroclaw University of Technology. In addition to national projects, he supervised international EU projects and activities within IEA - Heat Pump Technologies. For Annex 50 (Heat Pumps in Multi-Family Buildings for Space Heating and DHW) he was entrusted with the role of "Operating Agent[s]". He is also a member of several committees of the VDI (Association of German Engineers), board member of the German Society for Refrigeration and Air Conditioning (DKV), board member of the European Heat Pump Association (ehpa) and co-founder of the Polish Heat Pump Association (PORT PC). 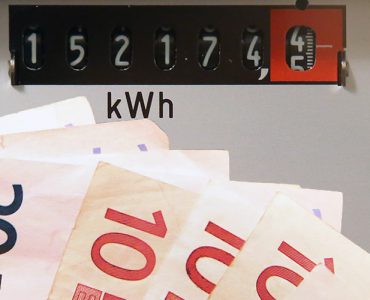